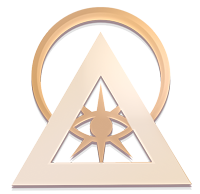 FAITH IS THE BELIEF IN SOMETHING THAT CANNOT BE PROVEN.

Most religious belief is based upon information received from an outside source that cannot be verified, sometimes known as hearsay. Millions will follow the commandments of a religious text without ever having spoken to its author, and billions will believe in a deity because of miracles they were told of by someone who wasn’t even present nor alive at the time.

But denouncing faith is true folly. Faith is not limited to religious believers. While even the most devout pontiff cannot provide irrefutable evidence of his god’s existence, neither can the scientist who claims that no deity resides in the universe. Both rely upon their own faith to explain things they will never understand.

The Illuminati’s religious foundation is based upon this universal conundrum of faith and doubt. We do not question whether a god does or does not exist, but rather focus on the betterment of the human people living on this planet. Our decisions are made by the study of data and evidence — factors that can be easily altered by an omniscient creature in order to guide our actions and the future of mankind.

Be wary of those who use our name.

For decades, a multitude of individuals have operated under the name of the Illuminati — their deceit clouds public perception of our organization, causing many citizens to believe that wrongdoings are committed by our command.

For anyone to claim that the Illuminati is affiliated with a religious belief — be it God or Satan, Baphomet or Baal — undermines the very purpose of our independence from human divisions. We neither accept nor deny any deity and hold none to be higher than any other. We operate solely for the benefit of the human species we have been entrusted to protect.

Even more heinous rumors have been attributed to our organization, including human sacrifices and violent rituals. While our individual members are allowed to serve any deity they choose, the Illuminati as a whole is only dedicated to the preservation of the human species. Therefore, human sacrifices or any practice that does not serve the betterment of mankind would counter everything we represent and are thus prohibited.

Must a god exist for you to do what is right?

Would an all-intelligent, all-knowing, all-powerful god have any care for the name used in his worship? Would a god command the harm of another when his justice can be served without your aid? Simply do what is right and good for the benefit of your species, and whatever higher power exists will reward you for your stewardship.